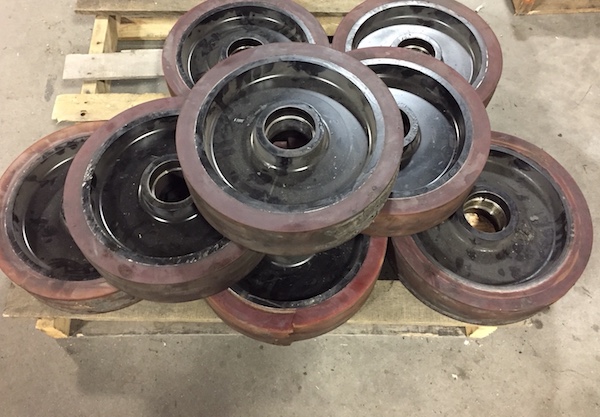 Posted on in
Case Studies

People calling Urethane Innovators for the first time are often surprised to learn we can recover their existing urethane rollers and wheels.

Our recovering service includes all types of rollers and wheels, from no crush wheels and drive wheels to very large industrial rollers used on manufacturing lines or within equipment.

To give an idea of how we can save you a tremendous amount of money, and keep our landfills free of industrial waste, what follows are two “before and after” examples of the types of jobs we do pretty much every day.

The first set of wheels (Figure 1) were in pretty bad shape upon arrival at UI. The urethane covers were cracked and the urethane was beginning to delaminate. The wheels also no longer met spec due to being worn down from use.

In addition to the steel core, these wheels came with two bearings and a spacer. In order to replace the urethane covers, UI had to remove both the bearings and the spacer.

Figure 2 shows the recovered wheel, which will be ground and cleaned before shipping.

From the same customer, this second set of wheels also arrived in bad shape. (The wheels are used in a heavy industrial application, which subjects them to a lot of abuse.)

As you can see, while the cores were in good shape, the urethane covers definitely were not! (Figure 3)

UI followed the same process for recovering as above for these wheels — minus the removal of bearings. Figure 4 shows the new recovered core for one of the wheels.

The one big benefit for the customer in recovering these wheels is cost. The cores were made in France by an OEM. Ordering new ones would be quite costly due to shipping.

By having UI recover the cores, the customer saved money; they were also able to choose a harder durometer to help the urethane covers stand up to the constant abuse of the application.

If you have wheels or rollers that need replacing, don’t toss them in the landfill. Call UI instead. We can consult with you to see if they’re good candidates for recovering — nine times out of ten, they are. 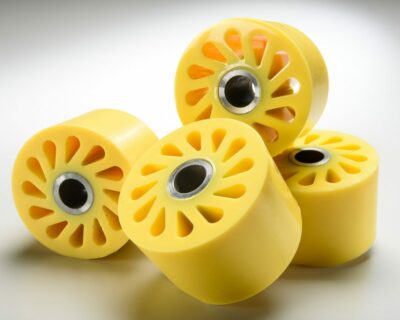 How we solved no crush wheel supply issues, down time and safety concerns for a global building [...]
Read more 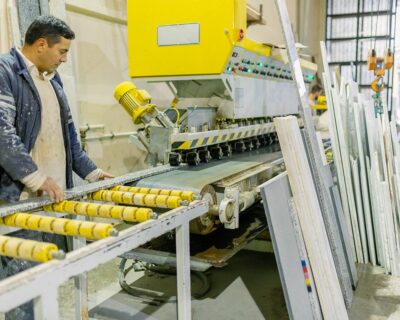 Can You Make a Crushable Roller Sleeve?

A material handling company needed a “crushable” roller cover that their customers in the field could [...]
Read more 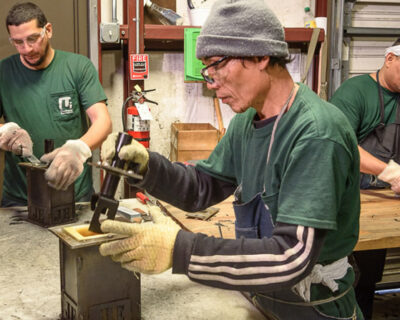 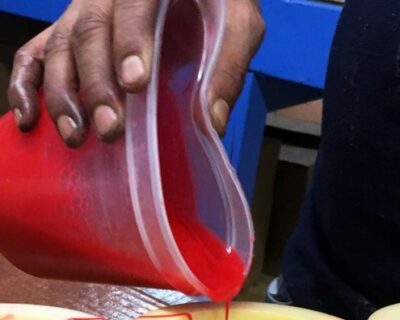 From Design Concept to Prototype to Ongoing Production