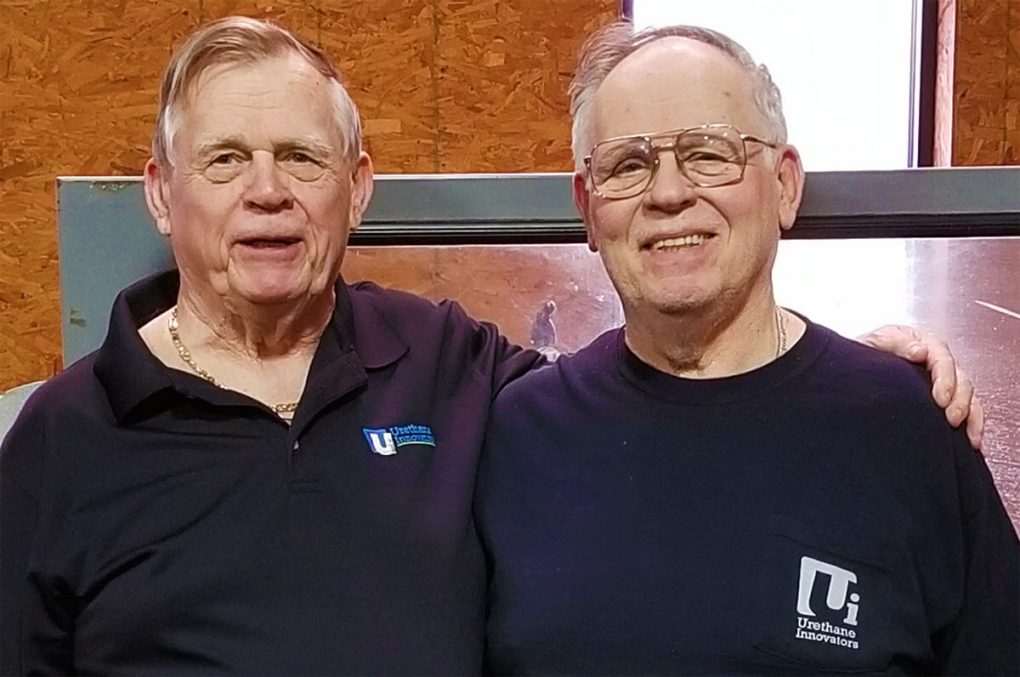 Posted on in
News & Events

Charlie Liland readily admits he loves his work because it makes him feel young. As one of UI’s oldest and most experienced workers, he’s seen and done it all, and freely shares his knowledge with those he mentors on the factory floor.

Charlie is also brother to Bob Liland, UI’s founder. While you might presume Charlie had an immediate “in,” his path to UI took a few turns.

After serving four years in the U.S. Navy as a ship’s cook on a destroyer, Charlie worked a number of different jobs, including operating a forklift, driving a delivery truck, and being a QA tech.

A few years after Bob moved the company from New Jersey to North Carolina, he asked Charlie if he wanted to come work for him.

The move was a wonderful opportunity for everyone involved. It allowed Charlie to leave the cold Pennsylvania winters and be near his parents, who were getting on in years.

“Dad would come to the (UI) office with Bob almost every day through his 80s,” says Charlie. “He exemplified the motto we Lilands live by: retirement is impossible.”

The move also gave Charlie the ability to do the type of work he loved: Creating all types of new products by hand.

“No two days are the same here at UI. We all have a variety of tasks and project types – so it keeps me on my toes and feeling young.”

His positive outlook about work extends to his co-workers, all of whom affectionately refer to him as “Uncle Charlie,” a moniker started by Bob’s children when they came to the factory, and picked up by everyone else. (Kelly Clark, Bob’s daughter, is UI’s CFO.)

Being everyone’s favorite uncle is no problem with Charlie. “It makes me feel like we’re all one large family,” he says.

The other thing Charlie loves about his job is how everyone is treated with respect – which is seen in acts big and small.

“You see it at the start of each day,” he says, “when people say ‘good morning’ to one another. It makes for a nice start to the day.”

In his off time, Charlie enjoys going to the movies, doing jigsaw and crossword puzzles, and eating at different restaurants. He also loves rooting for his beloved Ohio State Buckeyes.

As for working for his brother, people have asked over the years how he does it.

“Bob is my brother, but he’s also a good person, boss, and friend. His heart is as big as it can be,” says Charlie. “He also treats everyone the same – and that includes me. I’ve been working for him for 25 years. It’s my job – and l love it.” 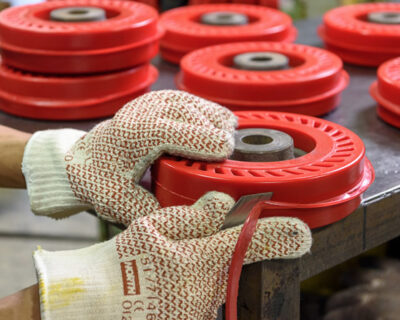 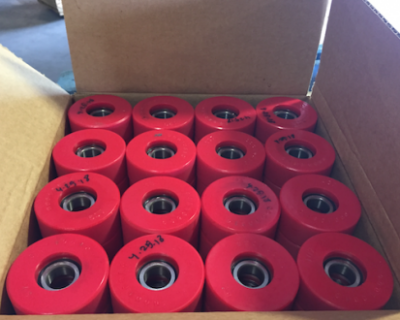 From the Sales Desk: We Strive to Earn Your Business!

UI strives to deliver a comparable urethane product at a competitive price, such as these covered bearings.
Read more 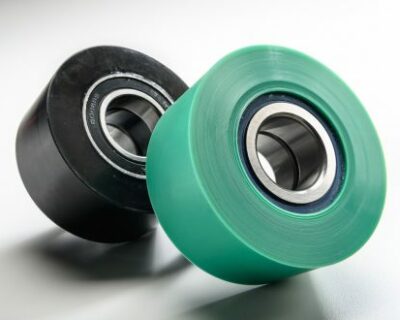 If you need custom urethane wheels or rollers for your robotic application, give UI a call.
Read more 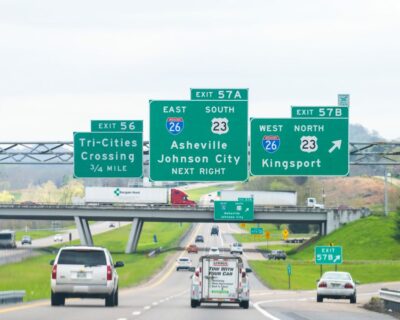 From the Sales Desk – Production Improvements